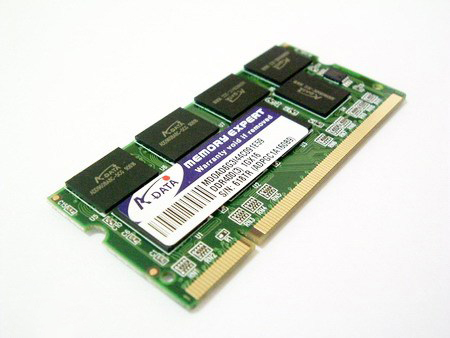 DDR SDRAM can transmit data on both the rising and falling edges of the system clock.

The DDR SDRAM module is used in desktop computers and is called DIMMs. It has 184 pins (instead of 168-pin SDRAM, or 240-pin DDR2 SDRAM), and can be distinguished from the number of different notches (DDR SDRAM, there is one, SDRAM , There are two SDRAM DIMMs). SO-DIMMs of DDR SDRAM on notebook computers have 200 pins, and the same number of DDR2 SO-DIMMs. The gaps of these two specifications are also very similar, if you can not determine the correct match, you must insert carefully.

In order to increase the memory capacity and bandwidth, the chip will use the combination of modules. For example, the 64-bit bus about DIMMs requires eight 8-bit chips to be processed concurrently. Multiple chips with common address lines are called memory rank. This term was introduced to avoid confusion with the row and bank inside the chip.

(DDR1) has been replaced by DDR2 SDRAM, with some modifications to allow higher clock frequencies. The competition with DDR2 is Rambus XDR DRAM. DDR3 SDRAM is a new standard that provides higher performance and new functions.

DDR prefetch buffer (prefetch buffer) depth is 2 bits, while DDR2 uses 4 bits. Although the clock rate of DDR2 is higher than DDR, the overall performance has not improved, mainly due to the high latency of DDR2. DDR2 did not improve significantly until 2004.

Using the following formula, you can calculate the DDR SDRAM clock frequency.