APT is a program development language. Automatic Test Pattern Generation (ATPG) automatic test vector generation is a process in which test pattern vectors used in the testing of semiconductor appliances are automatically generated by the program. The test vectors are sequentially loaded on the input pins of the device, and the output signals are collected and compared with the budgeted test vectors to judge the test results. ATPG effectiveness is an important indicator to measure test error coverage. 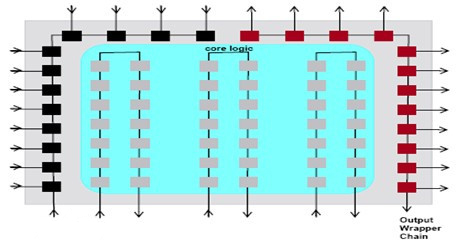 It is very difficult to achieve a very high fault coverage for the test platform of very large scale integrated circuits because of its high complexity. For circuit testing of combinatorial logic and sequential logic, different ATPG methods must be used.

An ATPG cycle can be divided into two stages:

During the test generation process, the test model for the circuit design is generated in the Gate or Transistor Level, so that the wrong circuit can be detected by the model. This process is basically a mathematical process and can be obtained by the following methods:

When creating a test, our goal should be to execute efficient test graphics vectors in a limited storage space. It can be seen that ATPG needs to generate as few test vectors as possible under the condition of satisfying a certain error coverage rate. Mainly consider the following factors:

1. The time required to establish the minimum test group

2. The size of the test graphics vector, the requirements of software and hardware

3. The length of the test process

4. The time required to load the test graphics vector

ATPG algorithms that are widely used now include: D algorithm, PODEM algorithm and FAN algorithm. Any algorithm requires a technique called "path sensitization", which refers to finding a path in a circuit so that the errors in the path can appear at the output of the path.

The most widely used algorithm is the D algorithm, D stands for 1 and D'stands for 0, and D and D'are complementary. The specific method will not be repeated here.

1. Wrong selection, select the error that needs to be tested