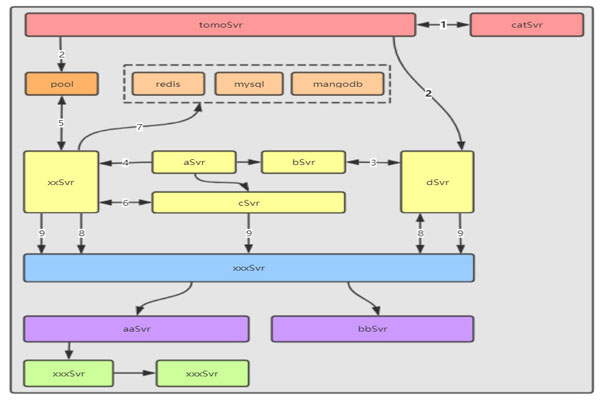 A concept often used in system analysis is a relatively independent part of the system that completes a certain function.

The module has the following attributes:

1. Cohesion. Its function or content has a certain inherent logical connection.

3. The clarity of the connection. Its position and role in the system are clearly and strictly regulated [2].

A system divided into modules (called a modular structure system) has the characteristics of easy division of labor, easy management, easy understanding, and easy modification. Therefore, it is considered a well-structured system and becomes the desired goal in system analysis and design. Correspondingly, dividing modules reasonably has become an important and critical task in understanding, analyzing, and designing complex systems.

It can also be called code reuse. It is to re-use existing code or related knowledge to write new code to construct software. The forms of reuse generally include program libraries, design patterns, and application frameworks. Algorithm modules also have these three forms, but they mainly focus on the reuse of libraries.

Writing a library is the most common method for code reuse. Many common operations, such as file reading/writing, and operating system information acquisition actions are encapsulated in a library, and then called by software developers. A major advantage of using a library is that the operations it provides are fully tested, but the disadvantage is that the specific implementation of the operations provided by the library cannot be adjusted, and the library also requires software developers to spend a lot of time to learn Its usage.

Design patterns provide general solutions to similar problems of the same kind. What it provides is a conceptual solution, and it is often necessary to implement a specific code for specific problems. Using abstract classes or interfaces can often achieve code reuse in specific design patterns.

Portability (English Portability), also known as portability, portability, refers to whether software written in a high-level language has the nature of being reusable under different environments. Generally speaking, the measure of whether the software has portability is the cost of how many man-hours are required to perform the software migration. Software with high portability does not need to do much when transplanting to different system platforms, so it can reduce the cost of software development and deployment. In order to make the software highly portable, programmers need to abstract and modularize the application program interface.

Application Programming Interface (API), also known as Application Programming Interface, is a convention for the connection of different components of a software system. Due to the increasing scale of software in recent years, it is often necessary to divide complex systems into small components. The design of programming interfaces is very important. In the practice of programming, the design of programming interface must first reasonably divide the responsibilities of the software system. A good interface design can reduce the interdependence of various parts of the system, improve the cohesion of the constituent units, and reduce the degree of coupling between the constituent units, thereby improving the maintainability and scalability of the system.