The U.S. Department of Defense launched the program in 1980. This plan is a project undertaken by the US Army, Navy, and Air Force. The main purpose is to promote the development of integrated circuit materials, printing, packaging, testing, and software algorithms. Many computer-aided design tools were developed during this period, such as the hardware description language. VHDL. In this plan, the military's interest in gallium arsenide materials has been relocated to CMOS circuits. 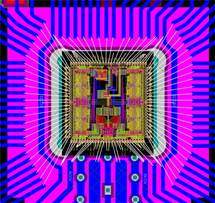 The US Department of Defense proposed the "Ultra High Speed Integrated Circuit (C Project, which is the most important project in the US microelectronics defense industry. The signal processing speed of the microprocessor is further increased by a hundred times, and the line width of the components on the 30% of the circuit assembly is pushed to the order of sub-micron. (05 microns), and then they are inserted into the fire control of tactical and strategic guided weapons Devices, long-distance carriers, and interstellar communication devices to ensure the absolute superiority of the United States’ technology in future electronic warfare and Star Wars. This project is based on the development of front-end products (ultra-high-speed integrated circuits) to final products (insert The industrial model of "forwardverti. alintegrati." n) is designed, produced and tested in three stages.

The first phase begins in March 1980 and ends in n-month of the same year. This stage belongs to the "software" stage, which is mainly to discuss the specific concepts, performance indicators and development plans of ultra-high-speed integrated circuits, using nine electronics companies, costing 10 million US dollars.

The second phase began in May 1981 and ended in April 1984. At this stage, the component line width is 1/4 micrometer, the function passing rate is 5 owing to 10" gate one Hertz/square centimeter. I is the design, development and production of integrated circuits, and the component line width is submicron. The development of integrated circuits. Six contract units including Texas Instruments, International Business Machines Corporation, Honyewell (Honyewell), and Westinghouse Company participated in this phase of the project, which cost more than 160 million yuan. Dollar.

The third phase began in May 1984 and the pre-twentieth ended in 1986. The main task of this stage is to insert the ultra-high-speed integrated circuits produced in the second stage into the miniaturized electronic devices of various tactical and strategic weapons, delivery and communication equipment. In addition, it must also complete the function of sub-micron line width with a pass rate of 10' "Trial production and production of integrated blocks with 1 Hz/cm2.

From a technical point of view, there are three issues in the U.S. ultra-high speed integrated circuit project that are worth noting.

Second, the technological approach selected in the process is electron beam etching and electron beam direct etching, because this type of process has a high degree of flexibility and is suitable for small batch production. Photolithography technology and X-ray technology are suitable for the production of large-scale commercial integrated circuits, and the Ministry of Defense no longer invests in these technologies.

Third, with a strong emphasis on design automation, computer-aided design (CAD) is essential. Ultra-high-speed integrated circuits are mainly used for microprocessors, not memory. The repeatability of the gate array circuit in the memory can alleviate the design difficulty, and this advantage no longer exists on the microprocessor chip. Although the line width of commercial integrated circuits has also entered the sub-micron stage, but this only refers to memory. There are indeed hundreds of thousands of transistors on a 2K memory, but it is still quite difficult to produce 100,000 transistors on an ultra-high-speed integrated circuit. The fundamental solution to the problem lies in the automation of design and production.

Optical fiber transmission system is a link, loop or network composed of one or more optical fibers, a series of photonic, optoelectronic and microelectronic devices, circuits and subsystems. This system needs to complete a series of processing of data reception, organization (framing, packaging, multiplexing, etc.), optical modulation, transmission, optical reception, regeneration, tapping, etc. at the source end, and it is applied to a variety of technologies, its research and development Involving multiple disciplines, its equipment production and engineering construction involve numerous industries and departments. This article will mainly discuss the design of optoelectronic devices, circuits and high-speed integrated circuits in optical fiber transmission systems. Figure 1 shows the core block diagram of optical fiber communication transmission systems.

my country has made considerable progress in the construction of optical fiber communications. Dozens of optical cable communication circuits have been built, with a total length of 100,000km. It has achieved remarkable results in 1.3-m and 1.55-m quantum well distributed feedback lasers, erbium-doped fiber amplifiers (EDFA), laser modulators, and system integration for optical fiber communications. The key technologies of OEIC have also achieved breakthroughs. However, my country's overall fiber optic communication technology is still lagging behind. Almost all of the optical fiber communication trunk systems that have been built and are under construction are imported from abroad. In the system developed by our country, most of the devices and almost all the key high-speed integrated circuits are imported. In order to change the backward situation in the development of integrated circuits in China, on the one hand, we must continue to improve and improve the technical level and production capacity of existing process lines, and we must research, develop and use a variety of processes including CMOS, bipolar silicon, GAas and nIP On the other hand, it is necessary to learn from the design mode of afbless integrated circuits in foreign countries, give full play to the advantages of human resources and intellectual resources, improve the level of integrated circuit design, and design and implement its own intellectual property rights, including optical fiber communication in various information industries. integrated circuit. In order to promote research and development with system application and market, we should take the road of combining industry, education and research. Only in this way can we catch up with the world trend in the process of establishing a national information infrastructure and create great wealth for the country.