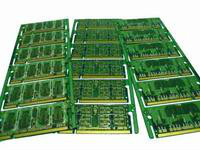 The earliest printed circuit boards used were paper-based copper-clad printed boards. Since the emergence of semiconductor transistors in the 1950s, the demand for printed boards has risen sharply. In particular, the rapid development and wide application of integrated circuits have made the volume of electronic equipment smaller and smaller, and the circuit wiring density and difficulty are becoming greater and greater, which requires the printed board to be constantly updated. At present, the variety of printed boards has developed from single-sided to double-sided, multi-layered and flexible boards; the structure and quality have also been developed to ultra-high density, miniaturization and high reliability; new design methods, design supplies and Plate-making materials and plate-making technology are constantly emerging. In recent years, various computer-aided design (CAD) printed circuit board application software has been popularized and promoted in the industry. Among the specialized printed board manufacturers, mechanized and automated production have completely replaced manual operations.

The creator of PCB is the Austrian Paul Eisler (Paul eisler), in 1936, he first used a printed circuit board in the radio. In 1943, Americans mostly applied this technology to military radios. In 1948, the United States officially recognized this invention for commercial use. Printed circuit boards have only been widely used since the mid-1950s. Printed circuit boards will appear in almost every electronic device. If there are electronic parts in a certain device, then they are all mounted on PCBs of different sizes. The main function of PCB is to make various electronic components form the connection of a predetermined circuit and play the role of relay transmission. It is a key electronic interconnection of electronic products and is known as the "mother of electronic products".

The reason why PCB can be more and more widely used is because it has many unique advantages, roughly as follows:

For many years, the high density of printed boards has been able to develop with the improvement of integrated circuit integration and the progress of mounting technology.

Through a series of technical means such as inspection, testing and aging test, the PCB can be guaranteed to work reliably for a long time (usually 20 years of use).

Requirements for various properties of PCB (electrical, physical, chemical, mechanical, etc.) can be achieved through design standardization and standardization. This design has short time and high efficiency.

A relatively complete test method and test standard have been established, and the qualification and service life of PCB products can be detected and identified through various test equipment and instruments.

PCB products are not only convenient for standardized assembly of various components, but also for automated, large-scale mass production. In addition, assembling the PCB with various other components as a whole, it can also form larger parts and systems to the whole machine.

PCB also has other advantages, such as miniaturization and lightening of the system, and high-speed signal transmission.

PCB has the following functions in electronic equipment.

(3) After the electronic equipment adopts the printed board, due to the consistency of the similar printed boards, the error of manual wiring is avoided, and the automatic insertion or placement of electronic components, automatic soldering, and automatic detection can be realized to ensure electronic products. The quality improves labor productivity, reduces costs, and facilitates maintenance.

(5) A printed board embedded with passive components inside provides certain electrical functions, simplifies the electronic installation procedure, and improves the reliability of the product.

Single-Sided Boards (Single-Sided Boards) On the most basic PCB, the parts are concentrated on one side, and the wires are concentrated on the other side (when there are chip components and the wire are on the same side, the plug-in device is on the other side). Because the wires only appear on one side, this type of PCB is called a single-sided (Single-sided). Because the single panel has many strict restrictions on the design of the circuit (because there is only one side, the wiring between the wiring cannot cross and must be around a separate path), so only early circuits used this type of board. 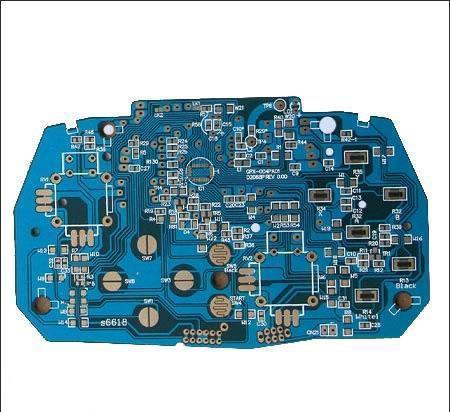 Multi-layer boards (Multi-Layer Boards) In order to increase the area that can be wired, multi-layer boards use more single- or double-sided wiring boards. A printed circuit board with one double-sided as inner layer, two single-sided as outer layers or two double-sided as inner layers, and two single-sided as outer layers, alternately together through a positioning system and insulating bonding materials and conductive patterns Printed circuit boards that are interconnected according to design requirements become four-layer and six-layer printed circuit boards, also known as multilayer printed circuit boards. The number of layers of the board does not mean that there are several independent wiring layers. In special cases, an empty layer will be added to control the thickness of the board. Usually, the number of layers is even, and includes the outermost two layers. Most of the motherboards are 4 to 8-layer structure, but technically, the theory can achieve nearly 100-layer PCB board. Most large-scale supercomputers use quite multiple layers of motherboards, but because such computers can be replaced by clusters of many ordinary computers, ultra-multilayer boards have gradually been discontinued. Because the various layers in the PCB are tightly combined, it is generally not easy to see the actual number, but if you look closely at the motherboard, you can still see it. 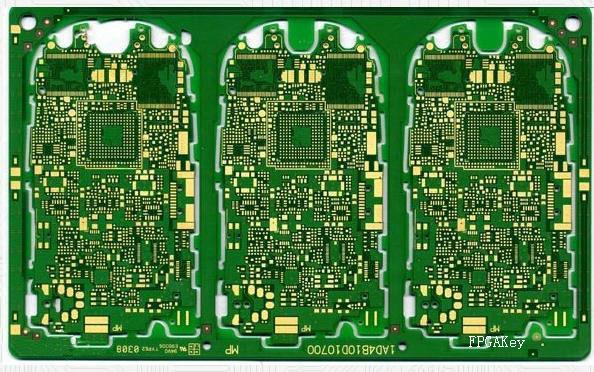 Classified by hard and soft

Divided into rigid circuit board and flexible circuit board, soft and hard combination board. Generally speaking, the PCB shown in the first picture below is called a rigid (Rigid) PCB, and the yellow connecting line in the second picture is called a flexible (or disturbing Flexible) PCB. The intuitive difference between rigid PCB and flexible PCB is that flexible PCB can be bent. Common thicknesses of rigid PCBs are 0.2mm, 0.4mm, 0.6mm, 0.8mm, 1.0mm, 1.2mm, 1.6mm, 2.0mm, etc. The common thickness of the flexible PCB is 0.2mm, where the parts to be soldered will have a thickened layer on the back. The thickness of the thickened layer varies from 0.2mm to 0.4mm. The purpose of understanding these is to provide structural engineers with a spatial reference. Common materials of rigid PCB include: phenolic paper laminate, epoxy paper laminate, polyester glass felt laminate, epoxy glass cloth laminate. Common materials of flexible PCB include: polyester film, polyimide Amine film, fluorinated ethylene propylene film. 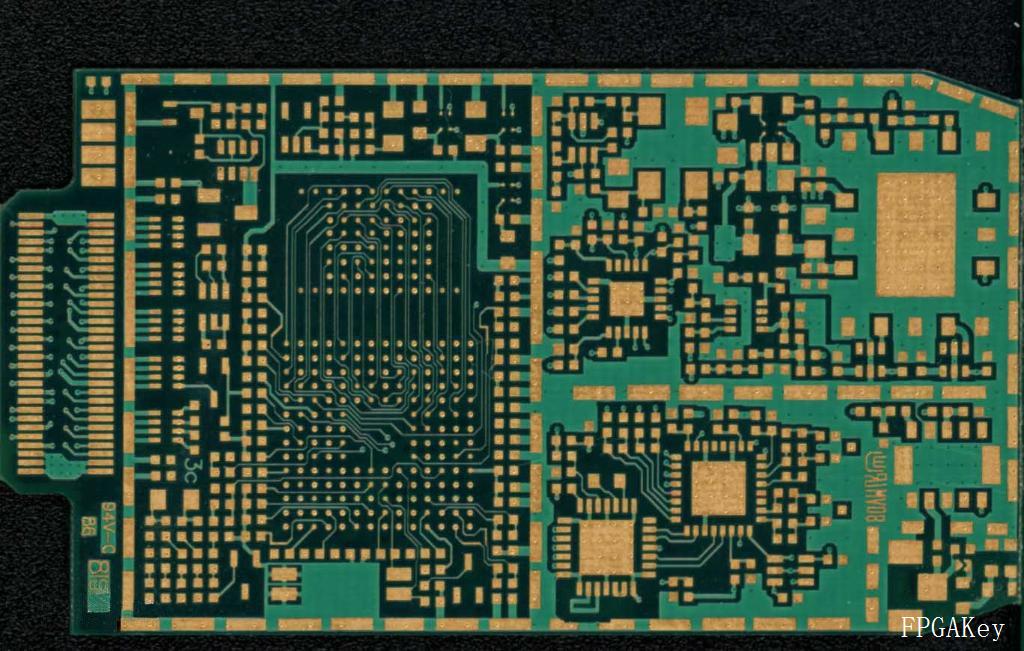 To get the best performance from electronic circuits, the layout of components and the arrangement of wires are very important. In order to design PCB with good quality and low cost. The following general principles should be followed:

First, we must consider the PCB size. The PCB size is too large, the printed lines are long, the impedance increases, the anti-noise ability decreases, and the cost also increases; if it is too small, the heat dissipation is not good, and the adjacent lines are susceptible to interference. After determining the PCB size, determine the location of the special components. Finally, according to the functional unit of the circuit, all components of the circuit are laid out.

Observe the following principles when determining the location of special components:

① Shorten the connection between high-frequency components as much as possible, try to reduce their distribution parameters and mutual electromagnetic interference. Components that are susceptible to interference should not be too close to each other, and input and output components should be as far away as possible.

② There may be a higher potential difference between some components or wires, and the distance between them should be increased to avoid accidental short circuit caused by discharge. Components with high voltage should be placed in places that are not easily reachable by hand during commissioning.

④For the layout of adjustable components such as potentiometers, adjustable inductance coils, variable capacitors, and micro switches, the structural requirements of the whole machine should be considered. If it is adjusted inside the machine, it should be placed on the printed board where it is convenient to adjust; if it is adjusted outside the machine, its position should be adjusted to the position of the adjustment knob on the chassis panel.

① Arrange the position of each functional circuit unit according to the flow of the circuit, make the layout convenient for signal circulation, and keep the signal as consistent as possible.

② The core components of each functional circuit are used as the center, and layout is carried out around it. The components should be pulled uniformly, neatly and compactly on the PCB to minimize and shorten the leads and connections between the components.

③ For circuits operating at high frequencies, the distribution parameters between components should be considered. The general circuit should arrange the components in parallel as much as possible. In this way, it is not only beautiful, but also easy to install and weld, and easy to mass produce.

The principles are as follows:

① The wires used for input and output should try to avoid adjacent parallel. It is best to add a ground between the lines to avoid feedback coupling.

② The minimum width of the printed circuit board wire is mainly determined by the adhesion strength between the wire and the insulating substrate and the current value flowing through them.

When the thickness of the copper foil is 0.05 mm and the width is 1 to 15 mm, the temperature will not be higher than 3 ℃ through the current of 2 A, so the wire width of 1.5 mm can meet the requirements. For integrated circuits, especially digital circuits, usually choose 0.02 ~ 0.3 mm wire width. Of course, as long as it is allowed, use wide lines as much as possible, especially power lines and ground lines.

The minimum spacing of the wires is mainly determined by the insulation resistance and breakdown voltage between the wires in the worst case. For integrated circuits, especially digital circuits, as long as the process allows, the pitch can be as small as 5 ~ 8 mm.

③The bends of printed conductors are generally rounded, and right angles or included angles will affect electrical performance in high-frequency circuits. In addition, try to avoid the use of large-area copper foil, otherwise, when heated for a long time, copper foil expansion and shedding are likely to occur. When it is necessary to use a large area of copper foil, it is best to use a grid shape, which is helpful to exclude the volatile gas generated by the adhesive between the copper foil and the substrate when heated.

Common providers of PCB design software include Altium, Cadence, Mentor, etc. Among them, Altium (formerly known as Protel International) has introduced Protel 99 SE, Pi'otel DXP, AltiumDesigner and so on, which are widely used in China. At present, Altium Designer has a new version released every year. For PCB design software, learn to use one, the rest It is easier to learn, because the functions of such software are very close.

Classified according to the upstream and downstream of the industrial chain, it can be divided into raw materials, copper clad laminates, printed circuit boards, electronic product applications, etc. The relationship is as follows:

Fiberglass cloth: Fiberglass cloth is one of the raw materials of copper clad laminate, which is woven from glass fiber yarn, accounting for about 40% (thick sheet) or 25% (thin sheet) of the cost of copper clad laminate. The glass fiber yarn is calcined into liquid form in the kiln by silica sand and other raw materials, drawn into a very fine glass fiber through a very small alloy nozzle, and then hundreds of glass fibers are twisted into a glass fiber yarn. The investment in kiln construction is huge, generally requiring hundreds of millions of dollars, and once it is fired, it must be produced 24 hours a day, and the cost of entry and exit is huge.