Large-scale integrated circuit: LSI (Large Scale Integration), usually refers to an integrated circuit with logic gates ranging from 100 gates to 9999 gates (or containing element counts from 1000 to 99999), with more than 1,000 electronic components assembled on a chip . An integrated circuit (called an integrated circuit by Hong Kong and Taiwan) is a microelectronic device or component. Using a certain process, the transistors, diodes, resistors, capacitors and inductors and other components and wiring required in a circuit are interconnected together to make a small piece or several pieces of semiconductor wafers or dielectric substrates, and then packaged in a tube Inside the shell, it becomes a microstructure with the required circuit function; all the components in it have been integrated into a structure. It can be represented by the letter "IC" (also with the text symbol "N", etc.). 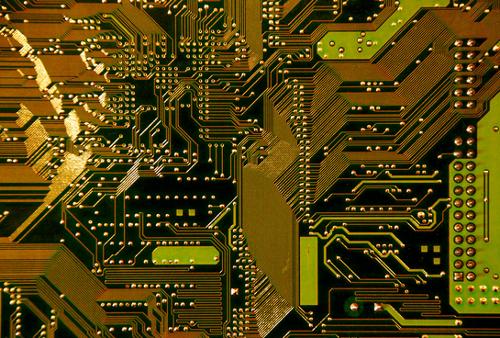 According to the production process

According to the level of integration

Integrated circuits can be divided into round (metal-transistor package type, generally suitable for high power), flat type (good stability, small size) and dual in-line type according to the shape.

VLSI refers to an integrated circuit with an integration degree (the number of components contained in each chip) greater than 10. The integrated circuit is generally made by a planar process on a P-type silicon wafer with a thickness of 0.2 to 0.5 mm and an area of about 0.5 mm. A circuit containing ten (or more) diodes, resistors, capacitors, and connecting wires can be made on this silicon chip (a substrate called an integrated circuit).

1. The precision of a single component is not high, and it is also greatly affected by temperature, but the performance of components manufactured by the same process on the same silicon chip is consistent, the symmetry is good, and the temperature difference between adjacent components is small, so the same The temperature characteristics of similar components are basically the same;

Due to the manufacturing process and the characteristics of components, analog integrated circuits are very different in circuit design thinking from discrete component circuits.

1. In terms of the components used, use transistors as much as possible, and less resistors and capacitors;

2. In the circuit form, a large number of differential amplifier circuits and various constant current source circuits are used, and the direct coupling mode is adopted for the coupling between stages;

3. Use the parameter compensation principle as much as possible to convert the high-precision requirements of a single component to the requirements of the same parameter error for two devices; try to choose a circuit whose characteristics are only affected by the ratio of resistance or other parameters

"Mastering the key technologies of integrated circuits and software and realizing industrialization will play a vital role in my country's realization of informatization to drive industrialization and ensure national information security." The person in charge said.

According to the person in charge, since the implementation of the VLSI design project, significant progress has been made in three areas, namely, in talent development, microprocessors, and network communications.

"We have made remarkable achievements in the construction of 7+1 national IC design industrialization bases and 9 national IC talent training bases; in terms of microprocessor CPU and DSP design, "Zhongzhi" and "C-Core ','Loongson' and'Hanxin' have all achieved in-depth development from technological breakthroughs to key promotion. The last one is the development and application of SoC system chips in the fields of network communication, information security, information appliances, etc., "COMIP" , "Huaxia Netcore" and "Starlight Multimedia" and other chips have achieved key breakthroughs in development and application. In addition, the construction of four service systems in MPW, IP core alliance, EDA tools, and international cooperation has also gradually improved. In the implementation effect, not only Reflects the guiding ideology of project establishment, and in addition to the IP nuclear application promotion alliance work needs to be further explored, the special project has fully achieved the strategic goals and expected results of the project." The person in charge said.

Reflect the national will, gather first-class talents, give full play to the advantages of late-coming, seize the rare opportunity of international IT industrial structure reorganization, and advance the strategically forward-looking ultra-large scale integrated circuit design technology and industry's independent innovation and leap from a high starting point. This was the original intention when the special project was implemented, and now, the scientific research personnel of the special group have almost completed this task.

Provide strong support for the development of the information industry

"During the "Tenth Five-Year Plan" period, China's electronic information industry has maintained rapid and continuous development, and integrated circuit design is a strategic key core technology. The implementation of this special project has a significant promotion effect on integrated circuit technology and industry. The output value of integrated circuit design industry From 500 million yuan in 1999 to nearly 15 billion yuan in 2005, it plays an increasingly important role in supporting the development of China's information technology and industry." The person in charge said.

In the process of special implementation, a large number of industrial bases were built. The construction of these bases effectively mobilized the central and local resources to promote the integrated circuit design industry; it created the integrated circuit design industry in the market, policies, funds and talents The atmosphere of healthy development in other aspects; formed a gathering of talents, technology and enterprises, providing a strong support for the development of China's information industry.