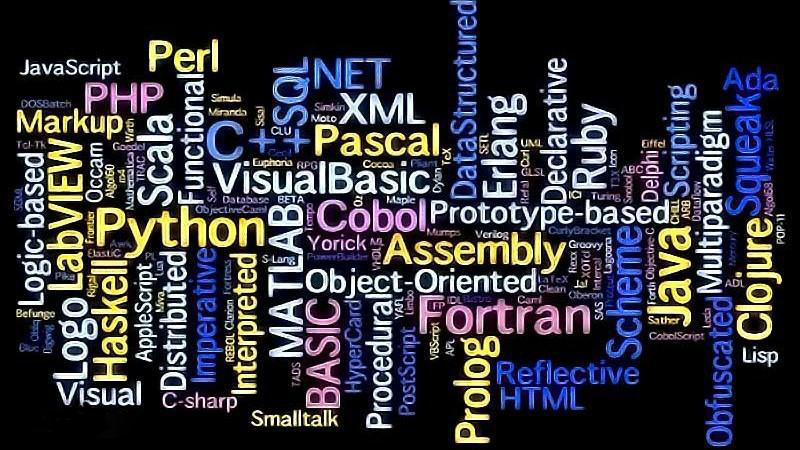 The high-level language has nothing to do with the computer's hardware structure and instruction system. It has a stronger expressive ability, can easily represent the data operation and program control structure, can better describe various algorithms, and is easy to learn and master. However, the program code generated by high-level language compilation is generally longer than the program code designed in assembler language, and the execution speed is also slow. Therefore, the assembly language is suitable for writing some programs that require high speed and code length and programs that directly control the hardware. High-level languages, assembly languages, and machine languages are all languages used to write computer programs.

Because it is clearly targeted and easy to understand, a novice can easily learn a high-level programming language. At the same time, because of the history of development, high-level programming languages have many function libraries. Users can add header files to the code according to their needs to call these functions to achieve their own functions. Of course, users can also write functions according to their own preferences to follow up. Code.

Imperative language. The semantic basis of this language is a Turing machine computable model that simulates "data storage/data operations", which is in line with the natural implementation of modern computer architecture. The main way to generate operations is to rely on the side effects of statements or commands. Most modern languages are of this type, such as Fortran, Pascal, Cobol, C, C++, Basic, Ada, Java, C#, etc., and various scripting languages are also regarded as this type.

For different languages with different bit situations, the clauses expressed can clearly indicate the bit of Ada, there will be many bit situations, combine them and deal with them through the principle of logic. The main function of C is bit operation. For Modula-2, BIYSTE is mainly used, and the bit operation can be accurately performed in this way.

Different language tasks have different functions. For Ada, there are many tasks, which have strong support and can realize the situation that multiple tasks work at the same time. Compared with Ada, C does not have such advantages. Modula-2 is not as complete as Ada, and needs to be implemented with the help of mechanisms. For such an advantage is Ada, which can be done independently.

The setting of the system requires a control program. For high-level languages, it will cover a certain control structure. For example, Ada has control capabilities, and its branches can fully control its operation. There is no perfect control structure in C, which is mainly flexible in the use of scores and simple and easy to operate. In the process of use, it should be operated in strict accordance with its provisions to avoid problems caused by human reasons. Modula-2's control system is only a control branch, and the transfer requires the application of FXIT. During the operation, the operation link should be strictly reviewed to avoid problems during the operation. The operation should be conscientious, because human operations in this area are easy to cause problems. form.

Explain the translation process. Programs that interpret and execute high-level language programs are called interpreters (software). Its function is to read in the source program, perform sentence-by-sentence analysis and translation according to the dynamic logic sequence of the source program, explain and execute sentence by sentence, without generating any intermediate code, and finally get the execution result of the program.