The Algorithm State Machine (ASM) diagram is an algorithm flow chart describing the control process of a time-series digital system. Its structure is similar to the program flow chart in a computer. The ASM diagram uses some specific symbols to describe the functions of the digital system according to the specified connection mode. Using the ASM diagram to design a digital system can easily turn the design problem described by the language into a description of the timing flow chart. Once the timing flow chart describing the logic design problem is formed, the state function and output function are easily obtained, so that the corresponding Hardware circuit. The ASM diagram describes the behavior of the state machine, not the content stored by the storage component. 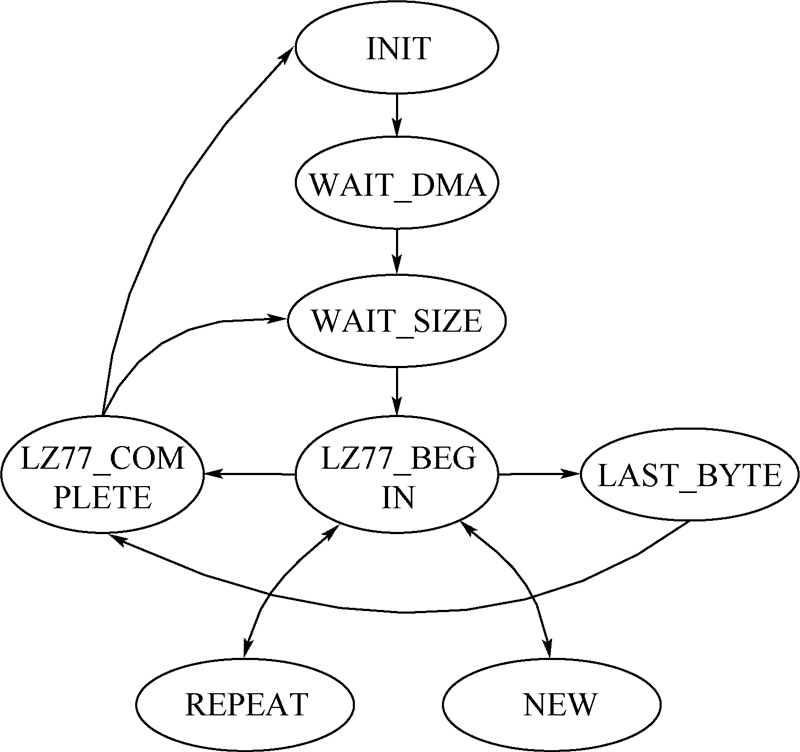 ASM diagram is a kind of flow chart used to describe the algorithm of digital system. In terms of structure and form, it is similar to the traditional computer flow chart. The ASM diagram describes the state changes of the system at the register transfer level (RTL), focusing on describing the transmission and processing of information in the register, including functions such as reset, preset, count, and shift. For a digital system, the designer should first draw its ASM diagram in RTL, just as programmers need to draw the algorithm flow chart when writing software.

Both the control and data processing of the digital system can be represented in the ASM diagram. When drawing ASM diagrams, designers only need to consider the transmission and processing of RTL signals, and can ignore the specific underlying hardware. The state setting can be "more than less", and excess state can be eliminated with the help of EDA software. In addition, the signals are all regarded as register signals, and there is no need to subdivide whether the signals are combined signals or timing signals.

The ASM chart is very similar to the usual software flow chart. However, the ASM diagram represents the precise time interval sequence I of events, while the general software flowchart only lists the event sequence, and there is no concept of time. This is the fundamental difference between the two.

The state in the digital system control sequence is represented by a rectangular box, called the state box.

When the control algorithm has a branch, the secondary state is not only determined by the current state, but also related to the external input in the current state. Therefore, a method of representing the branch is required. The symbol representing the branch is represented by a diamond or rectangle with a diamond border. The judgment box indicates the influence of state variables on the controller's work, as shown in Figure 1. It has one entrance and multiple exits, fill in the judgment conditions in the box, if the condition is true, choose one exit, if the condition is false, choose another exit. The judgment box does not take up time.

Some states of the controller can only be output under certain conditions. For the general state

The following describes the construction method of ASM diagram through an example. Suppose that the technical indicators of the intersection traffic light controller are: red light shows 45s, yellow light shows 5s, green light shows 40s. The display numbers of channels A and B are respectively represented by register signals LEDA and LEDB, and the indicators of channels A and B are represented by register signals Light, which includes RA (A red), YA (A yellow) and GA (A green) And RB (B red), YB (B yellow) and GB (B green). A block diagram of this control system using ASM diagram is shown in Figure 4.