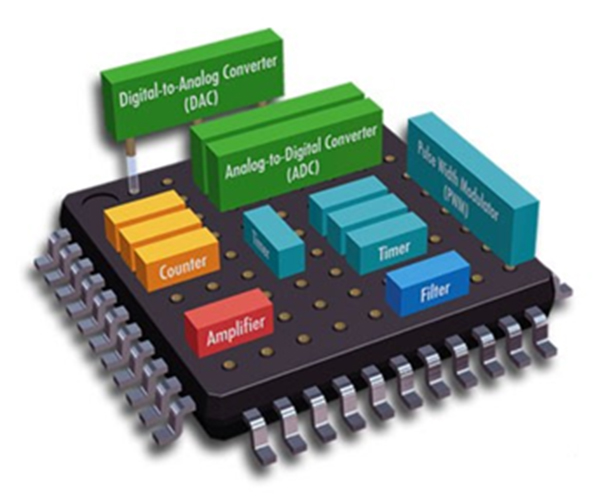 SOPC uses programmable logic technology to put the entire system on a silicon chip for embedded system research and electronic information processing. SOPC is a special embedded system, which is a system on chip (SOC), that is A single chip completes the main logic functions of the entire system, but it is not a simple SOC. It is also a programmable system with flexible design methods that can be cut, expanded, and upgraded, and has software and hardware programmable functions in the system.

SOPC combines the advantages of SOC, PLD and FPGA, and generally has the following basic characteristics:

At least one embedded processor core is included;

May contain some programmable analog circuits;

The complete SOPC system based on NiosII is a hardware and software system, so it can be divided into hardware and software during design. The hardware design of NiosII is to customize the appropriate CPU and peripherals, and is completed in SOPCBuider and QuartusII. Here you can flexibly customize many features and even instructions of NiosII CPU. You can use the large number of IP cores provided by Altera to speed up the development of NiosII peripherals and improve the performance of peripherals. You can also use third-party IP cores or VHDL to customize externally. Assume. After the hardware development of NiosII is completed, SOPCBuider can automatically generate the corresponding software development kit SDK corresponding to the customized NiosIICPU and peripheral system, memory, peripheral address mapping, etc., and enter the software development process based on the generated SDK. Users can use assembly or C, or even C++ for embedded programming, and use GNU tools or other third-party tools to compile, connect, and debug programs.

Step 1: Open the QuartusII software and click the tool button

2) Application based on FPGA embedded IP soft core. This kind of programmable system-on-chip system refers to implanting a soft-core processor in FPGA, such as: NIOS II core and so on. Users can use corresponding EDA tools to construct NIOS II and its peripheral devices according to the design requirements, so that the embedded system can fully meet the requirements of user system design in terms of hardware structure, functional characteristics, and resource occupation.

3) Application based on HardCopy technology. This kind of programmable system-on-chip system refers to the direct conversion of a programmable system-on-chip system successfully implemented on an FPGA device to an ASIC through a specific technology. Combining the flexibility of large-capacity FPGAs with the market advantages of ASICs, it is possible to avoid the difficulty of directly designing ASICs for electronic products that require large quantities and are cost-sensitive.