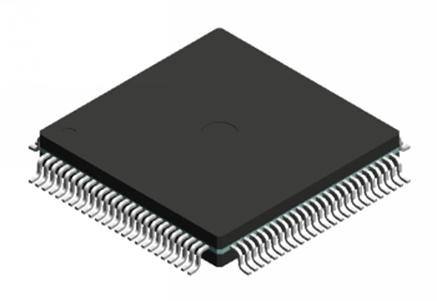 QFP is the abbreviation of Quad Flat Package, which means "small square flat package". QFP packages are used frequently in early graphics cards, but few QFP packages with speeds above 4ns have been gradually replaced by TSOP-II and BGA because of process and performance issues. The QFP package has pins around the particles, which is quite obvious to identify.

Four-side flat lead package. One of the surface-mount packages, the leads are drawn from four sides to form a seagull wing (L). There are three kinds of base materials: ceramic, metal and plastic. In terms of quantity, plastic packaging accounts for the vast majority. When the material is not specifically indicated, it is mostly plastic QFP. Plastic QFP is the most popular multi-lead LSI package. It is used not only for digital logic LSI circuits such as microprocessors and door displays, but also for analog LSI circuits such as VTR signal processing and audio signal processing. There are various specifications such as 1.0mm, 0.8mm, 0.65mm, 0.5mm, 0.4mm, 0.3mm and so on. The maximum number of pins in the 0.65mm center distance specification is 304.

Japon refers to QFP with a center-to-center distance less than 0.65mm as QFP (FP). However, the Japon Electronic Machinery Industry will re-evaluate the QFP form factor. There is no difference in the center distance of the pins, but it is divided into three types: QFP (2.0mm ~ 3.6mm thick), LQFP (1.4mm thick) and TQFP (1.0mm thick) according to the package body thickness.

In addition, some LSI manufacturers refer to QFPs with a pin center distance of 0.5 mm as contracted QFPs, SQFPs, or VQFPs. However, some manufacturers call the QFP with 0.65mm and 0.4mm center-to-center distances also called SQFP, which makes the name a little confusing. The disadvantage of QFP is that when the center distance of the lead is less than 0.65mm, the lead is easy to bend. In order to prevent lead deformation, several improved QFP varieties have appeared. For example, BQFP (see BQFP) with resin cushion pads at the four corners of the package; GQFP (see GQFP) with resin protection ring covering the front end of the pin; set test bumps in the package body and put it in a special way to prevent deformation of the pin TPQFP can be tested in the fixture (see TPQFP). In terms of logic LSI, many development products and highly reliable products are packaged in multilayer ceramic QFP. Products with a minimum pin center distance of 0.4 mm and a maximum number of pins of 348 have also been introduced. In addition, there is also a glass-sealed ceramic QFP (see Cerquad). 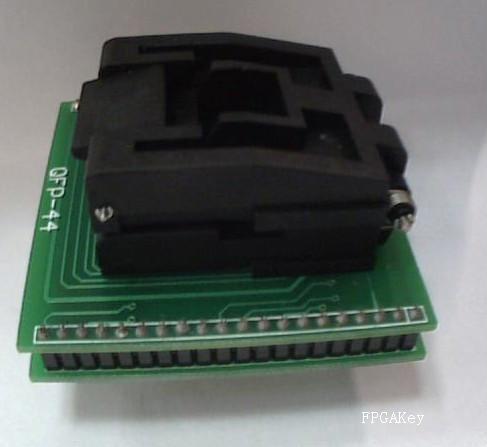 The quad flat lead (QFP) leads are often bent, the most common being 28mm and larger parts.

Pick an operator with a light touch and a stable technique to receive training.

Toe adjustment and coplanarity check are very useful. During operation, the technician should minimize further bending of the leads. However, in some cases, you may have to move one foot away to handle the other. Further bending should be avoided to allow survival in high fatigue environments.

First find a tin-absorbing wire (or the shielding layer of some cables), fold this wire, the folded center wire has no burrs, just use. Use tweezers to pick up the head of the thread, infiltrate the midline with rosin, then melt the tin, and the thread will be full. When soldering the chip, first align the chip, solder the diagonally with a soldering iron to fix the chip, then tweeze the tin wire, put the soldering iron on top of the tin end, wait for the tin to melt, put the wire with tin Attach the pins to one end, and draw a line along the direction of the pins to weld the pins covered by the wire, and then weld all the pins in sequence. Finally, wipe off the rosin on the board with alcohol.

When removing the chip, the method is the same as above. The difference is that the tin-absorbing wire can only be infiltrated with rosin and does not require tin-absorbing. Slide it in the same way, most of the tin can be sucked up. At this time, find a thin iron wire (generally pulled out from the combined power cord, copper wire effect is not good), through the gap between the pin and the chip package, the exposed two ends are bent in the direction of the pin 90 Then, hold the soldering iron in one hand and the other end of the wire in one hand. Use the soldering iron to close to the pin. Slide the wire perpendicular to the pin while pulling the wire. Just like cutting paper with wire, you can quickly solder the chip. under. As long as the temperature of the soldering iron is not too high (such as 300 degrees), and the time of stopping at a certain piece of the chip is not too long (less than 5 seconds), the removed chip can be reused.

QFP (quad flat pack) leads are often bent, the most common being 28-mm and larger body size parts. The high quality and inertia of metal packaging seem to tend to cause some form of QFP damage, especially if the matrix tray is subjected to any form of impact. The result is delays in planning, low assembly pass rates, and unpleasant customers. Returning parts to their original locations or going out for repairs takes precious time. However, you can use your own repair method. Often, the parts can be returned to the placement machine that began to reject it.

Machines equipped with cameras and mechanical haptics can be purchased to process component pins to meet JEDEC standards, but their price may be a limitation. There are also companies that provide such services, but cost is still an issue.

Inside the factory, using probes and tweezers to repair parts may be a simpler method. The repair tool should also include a template, which is a thin plate with lead pad geometry etched on the surface. These templates help deal with pins and serve as the final "OK/NO" criteria. Vacuum suction pens help with parts handling, and a complete AA-grade granite surface slab is also required for complete repair tools.

An operator with a light touch and a stable technique should be selected for training. Before repairing, decide whether the component may be rescued. Not all are salvable, the pin may be bent so badly that it will break if it is simply bent back. These operations should be performed on an anti-static workbench, which requires proper lighting and magnifying glass. An illuminated magnifying glass with three to four diopters will do.

Then, the technician chooses various tools, which should be from rough alignment to more and more fine adjustment. Normal operation may require tweezers to pull out bent and twisted pins, toe and heel adjustments, leveling of the foot rod and coplanarity adjustment.

The template is a good device for arranging the pins to the proper pitch. The pins are in their respective holes, and the knee can be moved into place without moving the other parts of the pin. The template is also the best tool to check the spacing at the end. Flat panel, only 0.00002" non-planar error, it is very useful for toe adjustment and coplanarity check.

During operation, the technician should minimize further bending of the leads. However, in some cases, you may have to move one foot away to handle the other. Further bending should be avoided to allow the ring in high fatigue.

The structural form of QFP has a lead frame (L/F), and the set electrical performance cannot be adjusted, and BGA can obtain the required electrical performance by changing the chip base structure. For example, the multi-layer structure of the PBGA film base is used to reduce noise through the reinforcement of the power supply and the backing sheet, and realize the matching of low induction and impedance. This can play a good effect when used in the high frequency field. The use of QFP, although there is no problem with its LCR, but with the increase in lead leads to increased wiring density and increased wiring resistance, if you want to achieve multi-layered LCR/Zo matching, the degree of freedom on the BGA structure is greater than QFP Much more, and the miniaturized form of CSP is more suitable for applications in the high-frequency field.

QFP uses embedded metal sheets to improve heat dissipation, and attempts to improve the internal electrical performance through multilayer substrates. However, QFP's lead frame structure is designed to use metal wires to change the frequency characteristics. Corresponding boundaries are bound to occur, and the shape of the BGA external terminals (leads) in the form of arrays will not be deformed, which will greatly reduce the coplanarity defects during assembly and have excellent placement properties.

The only shortcoming of BGA is that the joints cannot be seen after assembly and welding. According to foreign publications, when BGA was just beginning to be used in the United States, the defect rate after assembly was very high. After the TBGA is put into use, many manufacturers use infrared to detect it. TBGA uses polyimide as the packaging substrate. During the inspection, the infrared transmittance is observed on the carrier tape of the joint. The intact contact state is the substrate pad. The bulging shape after joining with the BGA ball-shaped solder end will appear as a black spot that cannot pass infrared light in the middle part. Similar to the eclipse image, the short circuit between the ball terminals is poor, and white bars will occur in the short-circuited part. , The infrared light cannot pass through during observation, and it can be seen that it is also black around the contact. In addition, the depth of the stereo focus formed by the height direction of the spherical end at the joint portion is not deep, and it is difficult to display by photo photography, and good results can be obtained by visual observation under a microscope.