Arduino is a convenient and flexible open source electronic prototype platform. Contains hardware (various models of Arduino boards) and software (Arduino IDE). It was developed by a European development team in the winter of 2005. Its members include Massimo Banzi, David Cuartielles, Tom Igoe, Gianluca Martino, David Mellis and Nicholas Zambetti. 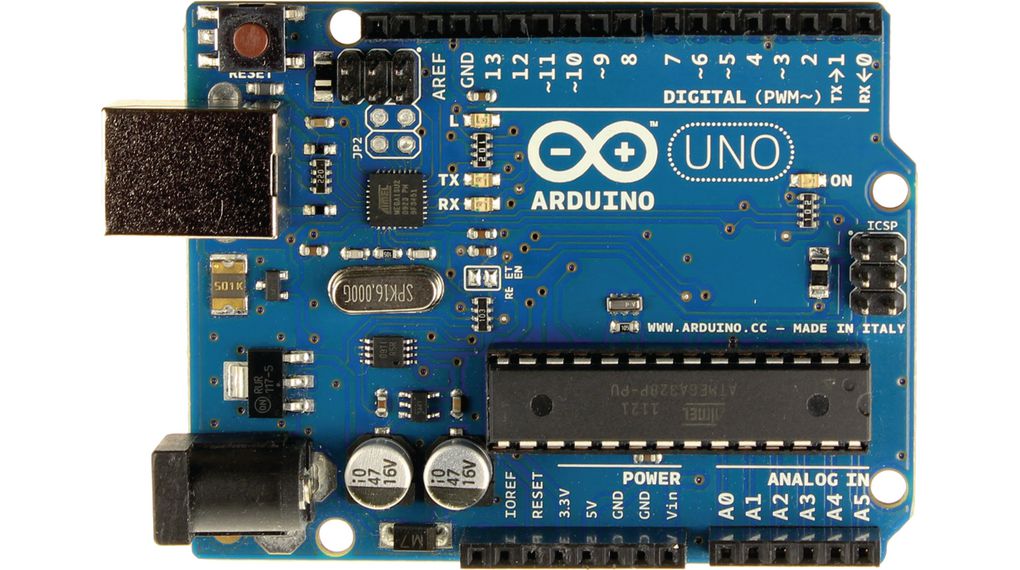 Arduino can sense the environment through various sensors, and feedback and affect the environment by controlling lights, motors and other devices. The microcontroller on the board can write programs through the Arduino programming language, compile it into a binary file, and burn it into the microcontroller. The programming of Arduino is realized through Arduino programming language (based on Wiring) and Arduino development environment (based on Processing). Arduino-based projects can include only Arduino, or Arduino and some other software running on the PC, and they communicate with each other (such as Flash, Processing, MaxMSP) to achieve.

Massimo Banzi was a teacher at a high-tech design school in Ivrea, Italy. His students often complain that they cannot find cheap and easy-to-use microcontrollers. In the winter of 2005, Massimo Banzi discussed this issue with David Cuartielles. David Cuartielles is a Spanish chip engineer who was a visiting scholar at this school. The two decided to design their own circuit board and introduced Banzi student David Mellis to design a programming language for the circuit board. Two days later, David Mellis wrote the code. After another three days, the circuit board was completed. Massimo Banzi likes to go to a bar called di Re Arduino, which is named after Italian King Arduin 1000 years ago. To commemorate this place, he named this circuit board Arduino.

Then Banzi, Cuartielles and Mellis put the design drawings online. The copyright law can regulate open source software, but it is difficult to use on hardware. In order to maintain the open source concept of the design, they decided to use the Creative Commons (CC) authorization method to disclose the hardware design. Under such authorization. Anyone can produce copies of the circuit board, and even redesign and sell copies of the original design. People don't need to pay any fees or even get permission from the Arduino team. However, if the reference design is republished, the original Arduino team's contribution must be declared. If the circuit board is modified, the latest design must use the same or similar Creative Commons (CC) authorization method to ensure that the new version of the Arduino circuit board will also be free and open. The only thing reserved is the name Arduino, which is registered as a trademark and cannot be used without official authorization.

Since the development of Arduino, there have been many models and many derivative controllers launched.

The Arduino IDE can run on three major operating systems, Windows, Macintosh OS X, and Linux, while most other controllers can only be developed on Windows.

The Arduino IDE is based on the processing IDE. For beginners, it is extremely easy to master, while having enough flexibility. The Arduino language is developed based on the wiring language, which is a secondary package of the avr-gcc library. It does not require too much basic microcontroller and programming foundation. After simple learning, you can also develop it quickly.

Arduino hardware schematics, circuit diagrams, IDE software and core library files are all open source, and the original design and corresponding code can be modified arbitrarily within the scope of the open source agreement.

Arduino is not only the most popular open source hardware in the world, but also an excellent hardware development platform, it is also the trend of hardware development. The simple development method of Arduino makes developers pay more attention to creativity and implementation, and complete their own project development faster, which greatly saves the cost of learning and shortens the development cycle.

You can quickly use Arduino and Adobe Flash, Processing, Max/MSP, Pure Data, SuperCollider and other software to create interactive works. Arduino can use existing electronic components such as switches or sensors or other control devices, LEDs, stepper motors or other output devices. Arduino can also run independently and interact with software, such as: Macromedia Flash, Processing, Max/MSP, Pure Data, VVVV or other interactive software. The Arduino IDE interface is based on open source code and can be downloaded and used free of charge to develop more amazing interactive works.

There are many models of Arduino, such as 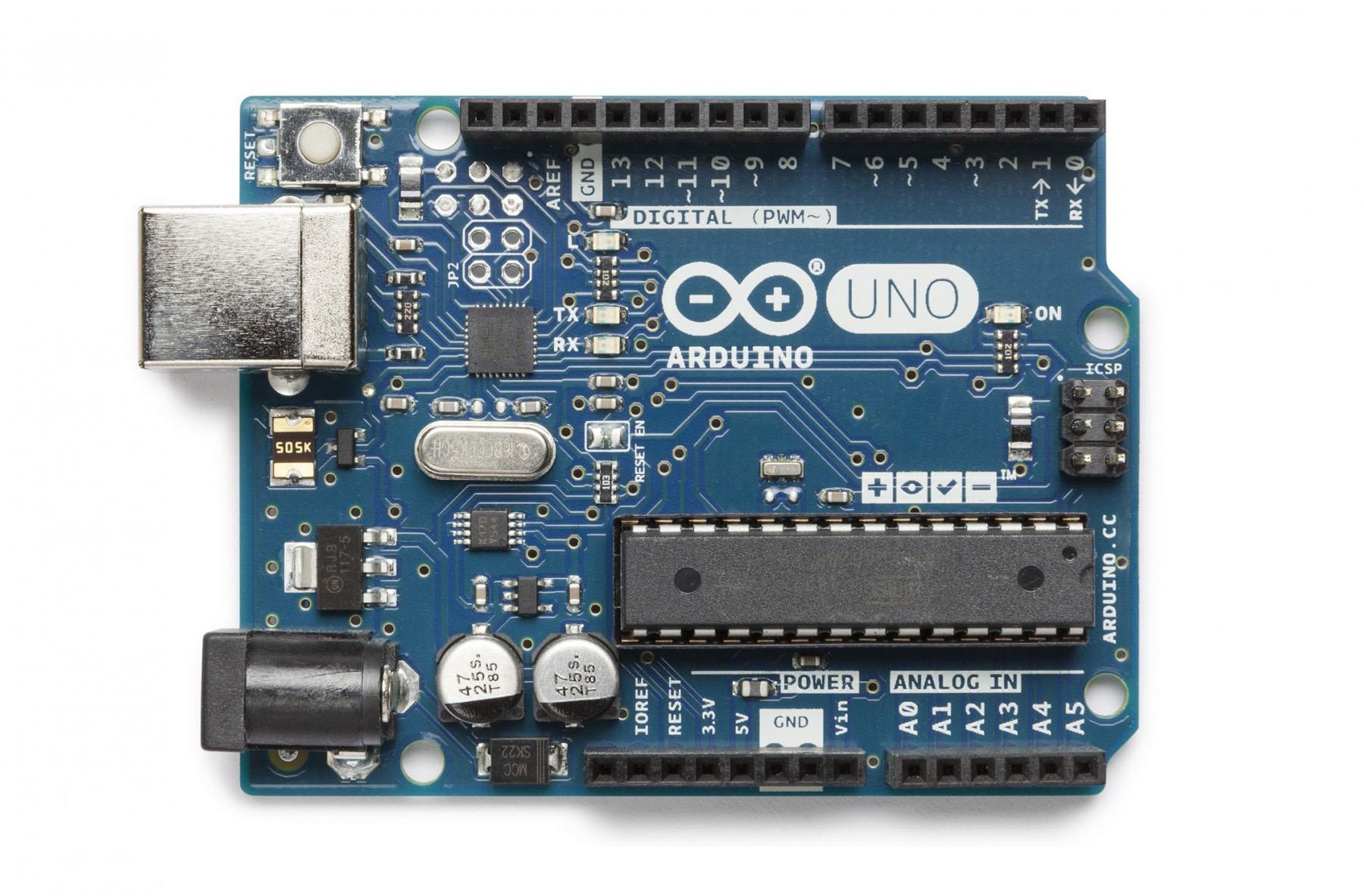 There are many expansion boards for Arduino, such as

In order to maintain the open source concept of the design, because copyright law can regulate open source software, but it is difficult to use on hardware, Arduino decided to adopt the Creative Commons license. Creative Commons (CC) is a GPL-like license that appears to protect open copyrights. Under the Creative Commons license, anyone is allowed to produce copies of circuit boards, and can also redesign or even sell copies of original designs. You don't need to pay royalties or even get permission from the Arduino team. However, if you republish the reference design, you must state the original Arduino team’s contribution. If you adjust or modify the circuit board, your latest design must use the same or similar Creative Commons license to ensure that the new version of the Arduino circuit board will also be free and open. The only thing reserved is the name Arduino. It was registered as a trademark. If someone wants to sell a circuit board under this name, they must pay a little trademark fee to the core development team members of Arduino.