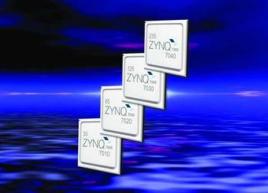 Origin of the name

The word Zynq is easily reminiscent of zinc, which is the most common chemical element zinc in batteries, solar screens, alloy products and pharmaceuticals. The alloys of zinc and other metals can realize enhanced functions, showing different colors according to different objects of the alloy. The most common use of zinc is electroplating. So what is the connection between this name and electroplating?

At the Embedded Systems Conference held in Silicon Valley in April 2010, Xilinx released the details of the architecture of the scalable processing platform. This SoC based on the ubiquitous ARM processor can meet the high performance and low performance of complex embedded systems. Power consumption and multi-core processing power requirements. The core essence of Xilinx's scalable processing platform chip hardware is to use the universal basic dual ARMCortex-A9MPCore processor system as the "main system", combined with low-power 28nm process technology to achieve a high degree of flexibility, powerful configuration functions and high performance. Because the programmable logic part of this new device is based on Xilinx 28nm7 series FPGA, the name of this series of products has been added "7000" to maintain consistency with the 7 series FPGA, and also to facilitate the naming of new products in this series in the future .

In addition to chips, the Xilinx Zynq-7000 series also forms the basis of the final platform product. The software development and hardware design implementation tools, widely used operating systems, debuggers, IP and other elements of tools provided by members of the Xilinx Alliance Program Ecosystem and the ARM Connected Community are like "plating" together, making it possible to It is possible to expand the processing platform.

What exactly is it

The Zynq-7000 scalable processing platform is the latest product series using the same 28nm programmable technology used in Xilinx's new generation of FPGAs (Artix-7 and Kintex-7FPGA). Programmable logic can be configured by the user and connected together through "interconnect" modules, which can provide any user-defined logic functions, thereby extending the performance and functions of the processing system. However, unlike FPGAs with embedded processors, the processing system of the Zynq-7000 product series can not only start at power-on, but also configure programmable logic as needed. With this approach, the software programming model is identical to the fully functional standard ARM processing SoC.

What does "scalable" mean?

In the field of software engineering, scalability (sometimes confused with forward compatibility) refers to the principle of system design that implements solutions that take into account future development needs. This is a systematic measure that can expand the system and is also the work required to achieve expansion. Expansion can be reflected in the addition of new functions or modification of existing functions. The core theme is to implement changes on the basis of minimizing changes in existing system functions.

In the system architecture, scalability means that the system design includes mechanisms and elements for expanding/improving itself through new functions, and does not require major changes to the system infrastructure. A good architecture reflects the design principles for achieving the above objectives, and also develops a blueprint for possible future construction work. Please note that this usually means that the final delivery of the product contains functions and mechanisms that are not yet (and may never actually be) used, but such functions are not optional but maintainable. The necessary elements help to avoid premature product obsolescence.

Each product of the Zynq-7000 embedded processing platform series adopts a dual-core ARMCortex-A9MPCore processing system with NEON and double-precision floating-point engine. This system includes L1, L2 cache, memory controller and common Fully integrated with peripherals. The processing system can not only start and run various operating systems (OS) independent of programmable logic when it is turned on, but also configure programmable logic as needed. With this approach, the software programming model is identical to the fully functional standard ARM processing SoC.

Application developers can use the powerful parallel processing capabilities of programmable logic to not only solve a large number of data processing problems in many different signal processing applications, but also expand the characteristics of the processing system by implementing more peripherals. The high-bandwidth AMBA®-AXI interconnection between the system and programmable logic can support gigabit-level data transmission with extremely low power consumption, thereby solving common performance bottlenecks between control, data, I/O, and memory. 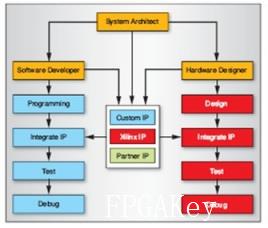 Over time, third-party vendors in the ARM Connected Communities and Xilinx Alliance Planning Ecosystem will further expand the above solutions. This is part of Xilinx’s target design platform, which can include IP cores, reference designs, and development kits. Efficient and unified development environment including other resources, etc., to meet the requirements of specific applications and design fields.

The programmable logic of the Zynq-7000 series is completely based on Xilinx’s latest 7-series FPGA architecture to ensure 100% compatibility of IP cores, tools, and performance of 28nm series devices. The smallest Zynq-7000, Zynq-7010, and Zynq-7020 are based on the Artix-7 series optimized for low cost and low power consumption; the larger Zynq-7030 and Zynq-7040 devices are based on including 4 to 12 10.3Gbps The transceiver channel can support the mid-end Kintex-7 series with high-speed off-chip connection. All four products use a new analog mixed-signal module based on two 12-bit 1MspsADC (analog-to-digital converter) modules.