GaN materials have a unique advantage over Si/SiC. aN is a third-generation, wide-band semiconductor material and a latecomer to SiC, which has been developing for over a decade. Power devices are wide-band materials with similar performance advantages to SiC but the potential for greater cost control. 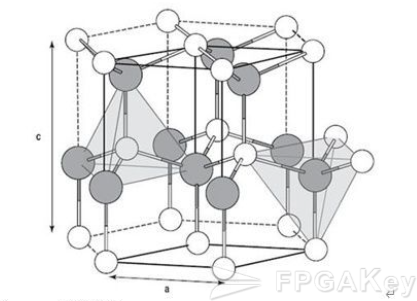 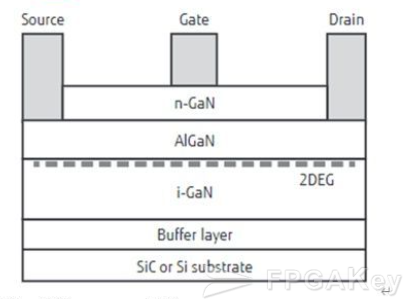 GaN is an extremely stable compound and a hard high melting point material with a melting point of about 1700°C. GaN has a high ionization degree, the highest among III-V compounds (0.5 or 0.43). At atmospheric pressure, GaN crystals are generally hexagonal fibrillated zincite structures.

GaN devices are gradually entering a mature stage. GaN-based LEDs have been in the mainstream since the 1990s, and GaN power devices have been commercialized since the beginning of the 20th century. 2010 saw the first GaN power device introduced to the market by IR, and since 2014, 600V GaN HEMTs have become the mainstream GaN device. 2014 saw the industry's first GaN device grown on 8-inch SiC. GaN devices were grown on SiC for the first time in 2014.

GaN materials have the highest electron saturation drift rate and are suitable for high-frequency applications but are not as good as SiC for high voltage and high power applications.

As the cost decreases, GaN is expected to replace diodes, IGBTs, MOSFETs, and other silicon-based power devices in low and medium power areas. 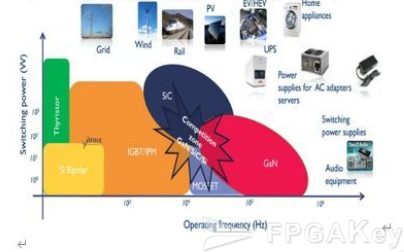 GaN is a key technology for 5G applications. 5G will bring revolutionary changes in semiconductor materials. As the communication band migrates to high frequency, base stations and communication equipment will need RF devices that support high-frequency performance, and the advantages of GaN will gradually come to the fore, which is exactly what was discussed in the previous section. It is this advantage that makes GaN a key technology for 5G.

In Massive MIMO applications, base station transceivers use large numbers (e.g., 32/64, etc.) of array antennas to achieve greater wireless data traffic and connection reliability, and this architecture requires corresponding RF transceiver arrays, so the number of devices will be greatly increased, making the size of the device critical. Highly integrated solutions, such as modular RF front-end devices, can be realized.

In 5G millimeter-wave applications, GaN's high power density characteristics can effectively reduce the number of transceiver channels and the size of the overall solution under the same coverage conditions and user tracking functions.

<< Next: The Difference Between FPGA and ASIC