I have introduced Xilinx Spartan-7 andCoolRunner-II CPLD series to you earlier. Many friends suggested that I talk about Xilinx Zynq. Because Xilinx Zynq includes three series, for the convenience of introduction, I will introduce the Zynq 7000 series first. Xilinx Zynq 7000 is an expandable processing platform based on APSOC. Its essential feature is to integrate a dual-core ARM Cortex-A9 processor and a programmable FPGA chip into a system-on-chip. Before proceeding with the detailed description of Zynq 7000, first introduce the high-level model of the architecture.

Usually, the ARM processor and various storage peripheral resources are called the processing system, and the FPGA part is called the programmable logic. ARM Cortex-A9 is an application-level processor that supports operations similar to the Linux operating system. The Xilinx7 architecture adopted by the FPGA implements the industry-standard AXI interface, which forms an efficient coupling between ARM and FPGA, reduces the additional power consumption of discrete chips, and not only achieves high-bandwidth, low-latency connections but also brings The physical size and production cost are reduced.

It is worth mentioning that the PL part of Xilinx Zynq 7000 can be configured with a soft processor MicroBlaze. Micro-Blaze is a combination of programmable logic units, that is, the implementation and deployment of a MicroBlaze are equivalent to an ordinary IP core in FPGA. The soft processor can work with ARM to coordinate specific underlying functions and the cooperation between the system and separate some less demanding tasks from the ARM Cortex-A9 processor to improve the performance of the system.

The PL part of Zynq 7000 is used to realize the subsystem of high-speed logic operation and parallel data stream processing is very ideal, and the PS part supports software control or operating system. This means that based on this platform, most system designs can be divided into software and hardware-based functions so that both PS and PL can play their respective advantages so that the entire system can show the best performance. 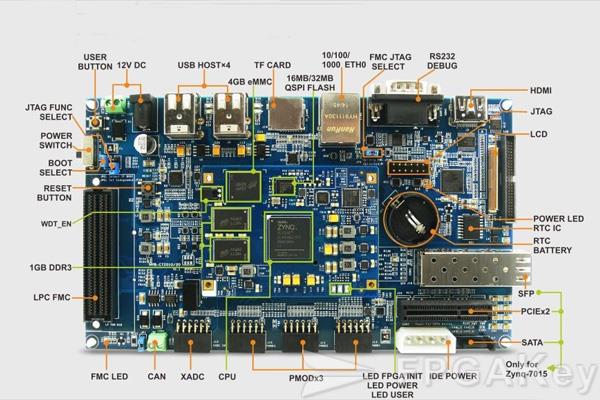 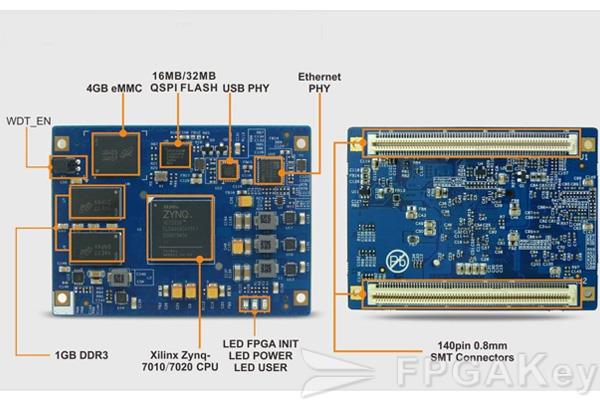 The resources of the processing system include

The resources of the PL part mainly include