Intel Cyclone V SoC FPGA is a new SoC chip released by Intel PSG (formerly Altera) in 2013 that integrates dual-core ARM Cortex-A9 processor and FPGA logic resources on a single chip. Compared with the traditional single ARM processing Intel Cyclone V SoC FPGA not only has the flexible and efficient data operation and transaction processing capabilities of the ARM processor but also integrates the high-speed parallel processing advantages of FPGA. At the same time, based on the unique on-chip interconnection structure of the two, when using The general logic resources on the FPGA can be configured and mapped to one or more peripherals with specific functions of the ARM processor, and communicate through the AXI high-speed bus up to 128 bits wide to complete the interaction of data and control commands. Because the on-chip ARM processor is hard-wired logic that has been placed and routed, the clock frequency that it can work on is higher, and therefore more instructions can be executed per unit time. 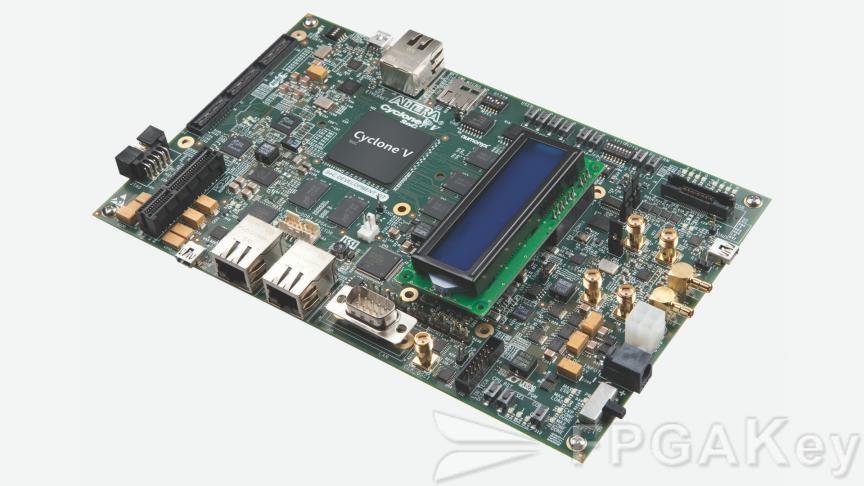 Before the introduction of SoC FPGA technology, major FPGA manufacturers have promoted SOPC technology for many years. Unlike SoC FPGA, SOPC uses FPGA logic and memory resources to build a soft-core CPU system on a pure FPGA chip, and the soft-core CPU implements the complete functions of the required processor. Because it is a CPU built with the general logic of FPGA, it has a certain degree of flexibility. Users can customize the CPU according to their own needs and add some special functions, such as division or floating-point arithmetic units, to improve the CPU Dedicated computing performance, or delete some functions that are not used in the system to save logic resources. In addition, according to the actual needs of users, various standard or customized peripherals can be added to the CPU, such as UART, SPI, IIC, and other standard interface peripherals. At the same time, users can also use FPGA logic resources to write various special Peripherals that are then connected to the CPU bus and controlled by the CPU to realize the cooperative work of software and hardware, which increases the flexibility of the system while ensuring system performance. Moreover, if a single soft-core CPU cannot meet user needs, multiple CPU soft-cores can be added to build a multi-core system, and the multi-core CPU can work together to give the system more flexible and convenient control capabilities.

However, because the CPU is built using the general logic resources of FPGA, compared to using a hard-core processor optimized for placement and routing, the highest real clock frequency that a soft-core processor can run is lower, and it will also be corresponding Consumes more FPGA logic resources and on-chip memory resources, so the SOPC solution is only suitable for applications that do not require high overall performance of the digital processor, such as the initial configuration of the entire system, human-computer interaction, coordinated control among multiple functional modules, etc. Features.

The difference between SOPC and SoC FPGA

The HPS part on the Cyclone V SoC FPGA chip not only integrates the dual-core Cortex-A9 hard-core processor, but also integrates various high-performance peripherals, such as MMU, DDR3 controller, Nand FLASH controller, etc., with these peripherals, The HPS part can run the mature Linux operating system, provide a unified system API, and reduce the developer's software development difficulty. Although the NIOS II soft-core CPU can be configured and used logic resources to build the corresponding controller to support the corresponding functions, in terms of performance and development difficulty, it is a better choice to design and develop based on the SoC FPGA architecture.

In addition, although the SoC FPGA chip contains both ARM and FPGA, the two

These are independent of each other to a certain extent. The ARM processor core on the SoC chip is not contained within the FPGA logic unit. FPGA and ARM (HPS) processors are just packaged into the same chip. The JTAG interface, power supply pins, and interface pins of the peripherals are independent. Therefore, if the SoC FPGA chip is used for design, even if the on-chip ARM processor is not used, the chip resources occupied by the ARM processor cannot be released and cannot be used as general FPGA Resources. SOPC is a CPU built using FPGA general logic and memory resources. When the CPU is not used, some of the resources occupied by the CPU can be released and reused as general FPGA resources.

To ensure a smooth and successful design process and help you turn your ideas into benefits faster, Altera provides a comprehensive design environment, including:

The prices of Cyclone V FPGAs provided by different vendors will be different, so comparisons are needed. 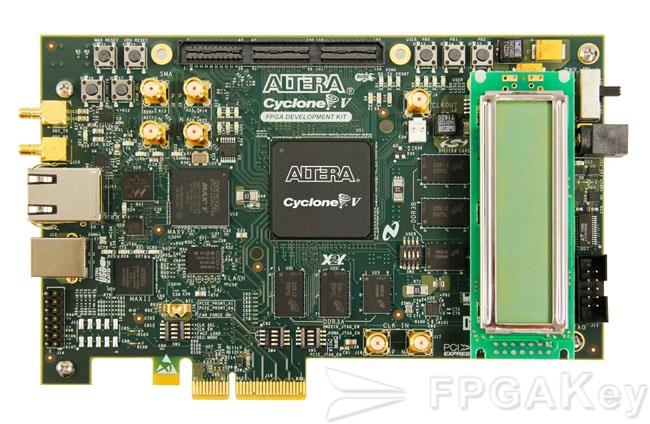 << Next: 32-bit DDR4 SDRAM for Xilinx Virtex-7 FPGA development board