With artificial intelligence and deep learning becoming more and more popular in the market, in addition to GPUs and many unicorn companies' AI-specific chips, FPGAs are also one of the popular platforms for deep learning. This article will introduce you to 5 incredibly powerful FPGA development board, of course, the price is also ridiculously high, probably for most engineers, these belong to the high-end "toys".

RTG4-DEV-KIT is a product of Microsemi, of course, has been acquired by Microchip, this is a set of high-end customer evaluation and development platform, mainly for data transfer, serial connectivity, bus interfaces and other high-density high-performance FPGA high-speed design and other applications. 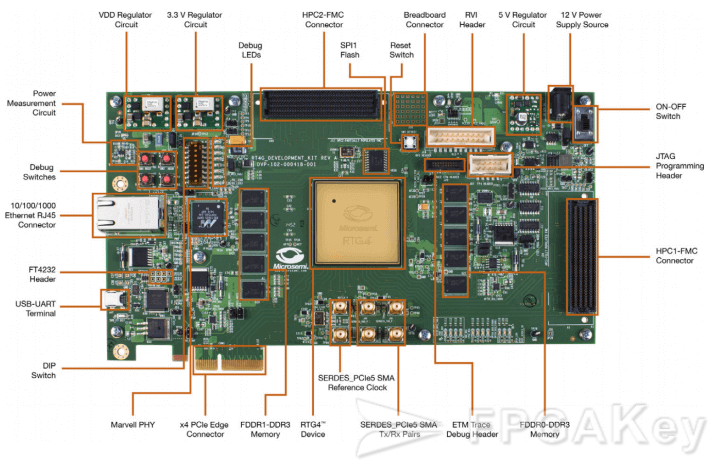 The development board uses the RT4G150 device in a ceramic package, providing 150,000 logic components with 1,657 pins, and the diagram below shows the peripheral interface function of the RTG4-DEV-KIT development board.

The main hardware functions included in the RTG4 development kit are as follows.

The hardware block diagram also shows the complex power management system of the RTG4-DEV-KIT, with a 12V DC power supply, which is distributed to each functional part via DCDC/and LDO.

The main FPGA on board the development board is Intel's Stratix 10 family, which offers 2X performance and ultra-low power consumption compared to the cost of the previous generation, with several groundbreaking innovations such as the new HyperFlex™ and an architecture that meets the growing bandwidth and processing performance to meet power budgets. The embedded hardware system is based on a quad-core 64-bit ARM Cortex-A53 with Intel 14-nm Tri-Gate (FinFET) technology and hybrid 3D System-on-Chip (SiP) technology with up to 5.5 million cores and logic cells per chip, up to 96 full-duplex transceivers, and data rates up to 28.3Gbps, and is primarily used in computing and storage networking equipment, optical transport networks, broadcast, military radar, medical devices, test and measurement, and 5G wireless devices, ASIC prototypes. 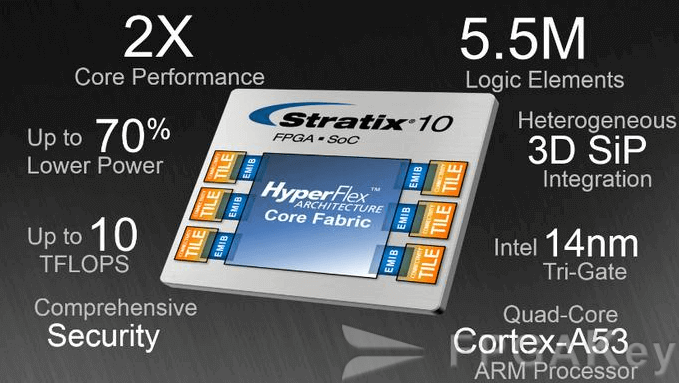 Intel's new series of Stratix 10 products can be said to be very cross-generational, in addition to this series of products are also very rich in product nature, easy to choose for a variety of needs of companies. 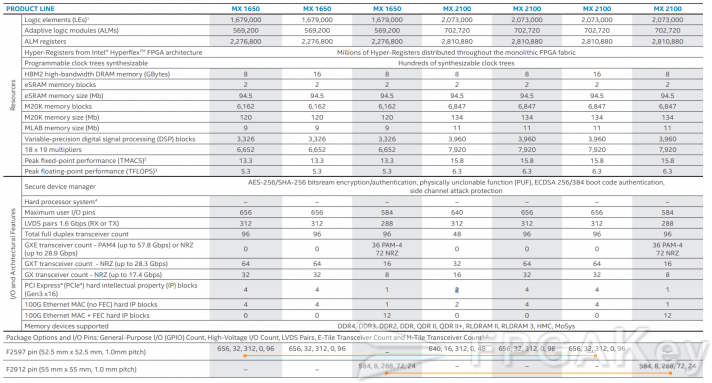 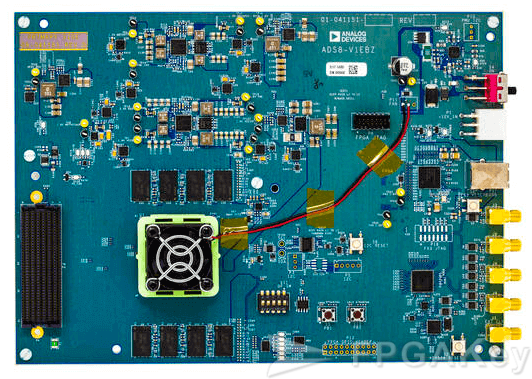 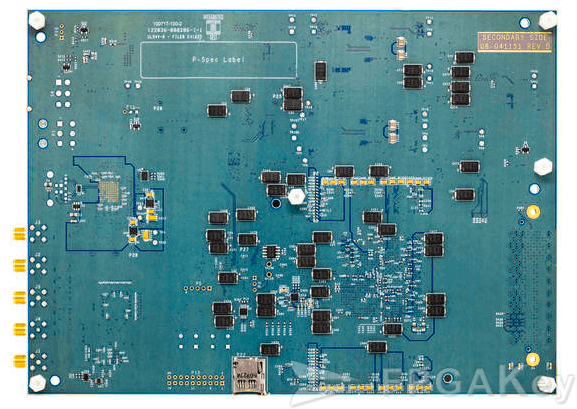 The ADS8-V1EBZ interface peripherals are as follows.

Notably, XpressVUP supports CAPI 2.0 on POWER9 CPU host processors (IBM) and also supports the IBM SNAP framework, which requires little FPGA expertise, and the SNAP framework allows application engineers to quickly create FPGA-based accelerated programs in a server environment. It uses the IBM CAPI 2.0 interface, which runs on standard PCIe physical lanes but has the advantage of lower latency and consistent memory sharing between the CPU and FPGA.

The NetFPGA-SUME is a collaborative project between Digilent, Cambridge University and Stanford University and is an ideal platform for high performance and high density network design.

The NetFPGA-SUME's primary mission is to provide students, researchers and developers with a state-of-the-art networking platform, whether learning the basics or creating new hardware and software applications, the board easily supports simultaneous wire-speed processing on four 10Gb/s Ethernet ports and allows data manipulation and processing on board. 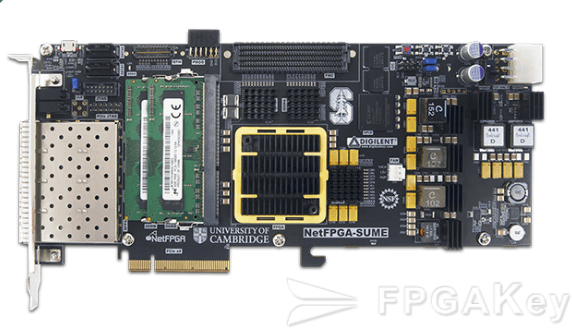 The power of FPGA still lies in its ultra-flexible programmability. With artificial intelligence becoming more and more popular in the market, neither GPU nor dedicated AI chips are likely to be as easy to fold and innovate for new entrants into this field as FPGAs are, and with this inherent advantage, I believe FPGAs have a long spring ahead.

<< Next: Learn by these 4 steps, the master will teach you to play FPGA